Farewell, we think the “Worrells” of You! 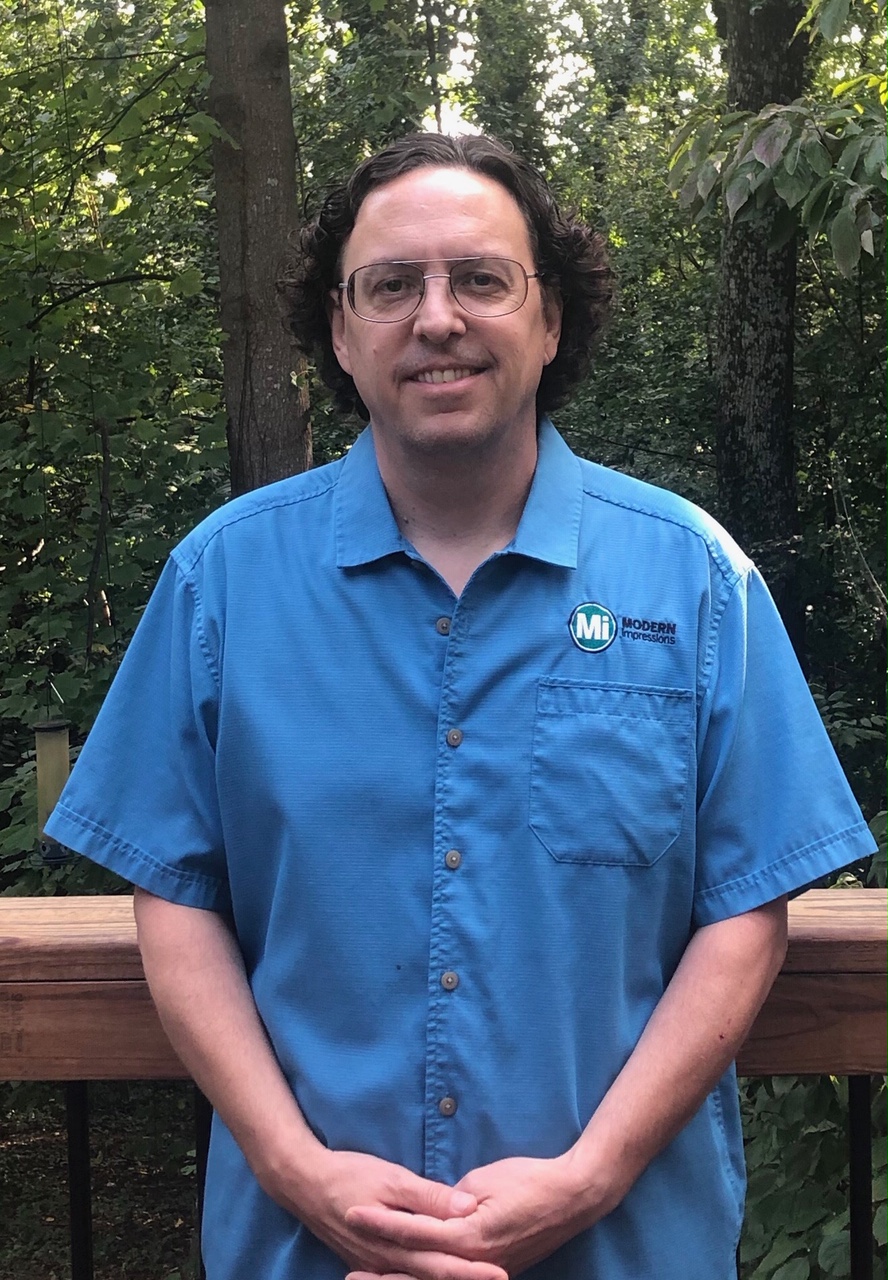 Farewell, we think the “Worrells” of You! (Tribute To Bob Worrells)

One of the most difficult challenges in life is letting go. Many of us have had times in our lives where someone we love had to move on for their future growth and development. If we are honest, as people many times we dislike seeing the people that we love move on. We become comfortable with familiarity. Just the thought of change can make us fearful. Although our personal relationships may struggle with this, our professional relationships many times mirror the same outcome.

Back in the early 2000’s at Modern Impressions, it was a time of excitement and anxiety. Our industry as a whole was in the process of shifting from analog to digital. Our warehouse process was changing rapidly as well. Back then a young, rambunctious gentleman named Bob Worrells started at Modern Impressions. From the very beginning, Bob had a great attitude and approached his work with excellence.

As a dedicated father, Bob entered back into the workforce in 2002 from his role as a full-time stay at home dad. He started part-time in the warehouse moving copiers, printers, and other equipment. He quickly moved up to a full-time role around a year or so later and was promoted to the manager of our Charlotte warehouse. After years of service, he was moved into an IT support role around 2005. It was also a significant period for our company, as our Charlotte and Greensboro locations merged, which essentially doubled his responsibility.

Fast forward to 2010, and Bob was promoted once again to Information Technology Director at Modern Impressions. It was in this role where Bob began training on managed network services, assisted the sales team, executed marketing tasks, and created our previous webpage. Although his main responsibility was IT, Bob always pushed himself to go the extra mile. This was what Bob was all about. This is where an inside joke at Modern Impressions eventually became a slogan within the organization. Several of our employees would say, “When all else fails, we have Bob!”

It was in 2015 when challenges arose personally and Bob transitioned to working from home due to his son being diagnosed with a chronic illness. As a company we have continued to pray for Bob and his family. Through the hardships, Bob continued to persevere and integrated into the role of IT Help-Desk Manager, which he served faithfully up until his departure. We had the distinct pleasure to sit down with Bob before he left Modern Impressions and recorded what he wanted to share with everyone.

“There is a long list of employees and customers that I’ve had the pleasure to work with.  I’m grateful for how “helping people get along with their day in the office” has made me a better person. I have definitely improved in the areas of empathy and patience! It has been really special to have been a part of the Modern Impressions family for so many years. I’ve had a lot of laughs and I hope to think I’ve made others around me smile and laugh along the way.

My top secret: I picked up some of my phone mannerisms from listening to the Clark Howard Show on the radio while driving on service calls (back when I had to drive to fix them rather than remote in).  Clark had a nice tone in his voice in a folksy manner that works well in IT support in my opinion!

Funny customer memories:  Once I showed a customer how to do a 2-sided scan to computer (pdf file).  She asked me how would she see the back side on the screen and I told her to turn the monitor around. We both laughed and joke about it to this day.

Another memory is a company that had a fax to randomly called 911. When I called in to try to support, I asked if the keyboard was sticky, which it was. We joked about 911 being called due to peanut butter and jelly fingers.

When I called some of our customers to remote in, I would sometimes say “take the rest of the day off, I’ve got you covered… I’ll move your mouse around a bit and answer your emails” or sometimes I’d say, “it will be quick and painless, your computer won’t feel a thing…”

Bob, what can we say? You were an IT director that loved to laugh and loved our customers. We get emotional every time we think about the many memories. It was the way that you served the customers and employees at Modern Impressions over the past 17 years. Our hearts are heavy because they are full. We know and understand that you had to make a tough decision that was best for your family. We will always love and support you, because you embody the essence of what it means to be a faithful and loyal steward at Modern Impressions. We wanted to share your story, because we feel strongly that the world should know the imprint that you left here. Bob, all that is left to say, is that we think the “Worrells” of you!

-The Staff at Modern Impressions