Modern Impressions is proud to be a sponsor of Cydney Clanton, Professional Ladies Golfer. • 22 events, 11 cuts made
• Recorded a season-best T11 at the LOTTE Championship presented by Hershey 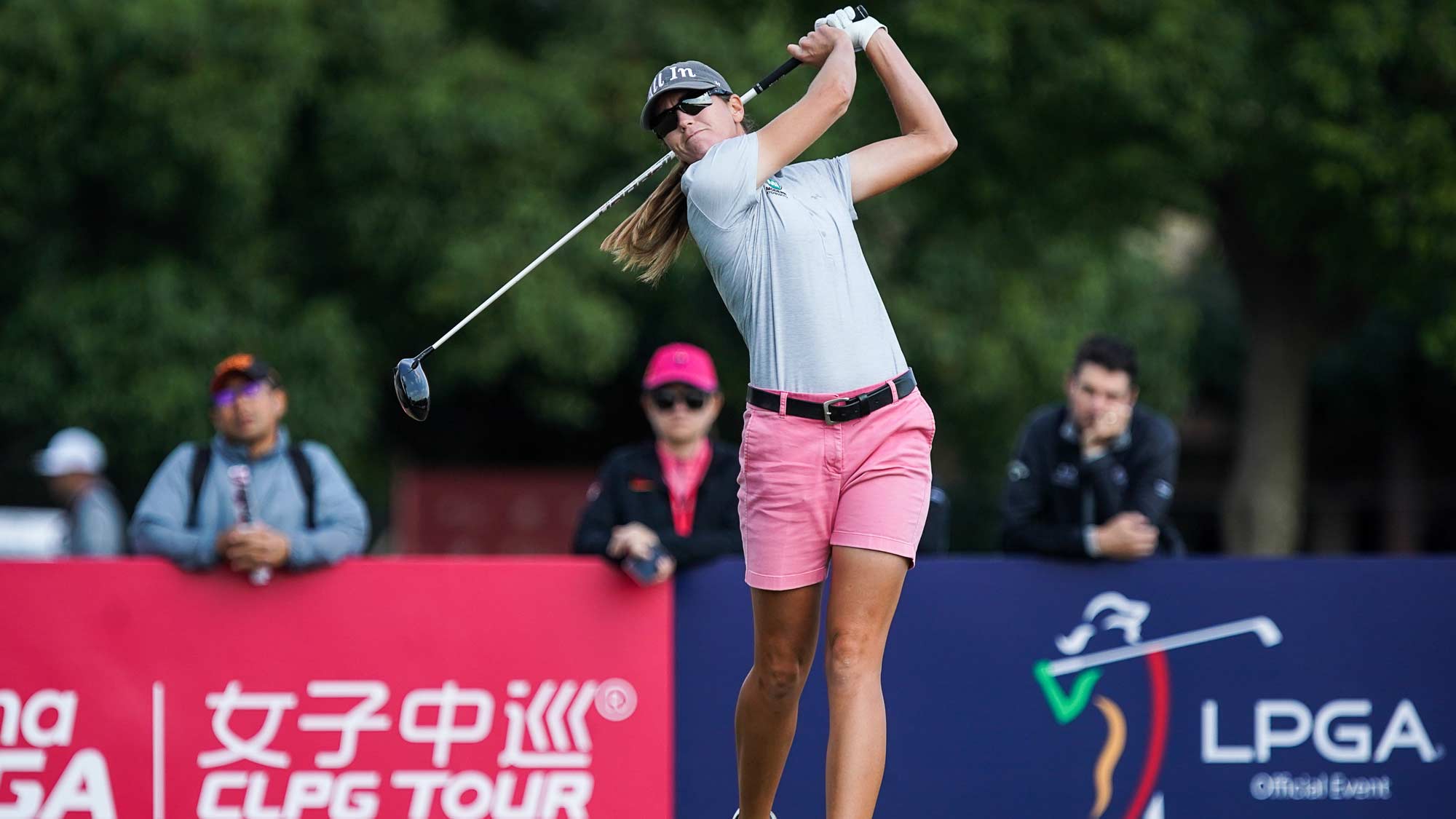 2017• 25 events, 19 cuts made
• Played in a career-high 25 events, with three top-10 finishes, posting a T9 result in each instance
• Shot a career-low round of 65 twice in 2017 – in second round at the Bank of Hope Founders Cup and the final round at the Meijer LPGA Classic for Simply Give.

2016• 22 events, 8 cuts made
• Has carded a career-low 66 three times, most recently in the final round of the JTBC Founders Cup • 9 events, 4 cuts made
• Season-best finish of a T23 at the Yokohama Tire LPGA Classic

• In June 2011, turned professional, played on the Symetra Tour – The Road to the LPGA in 2011 where she notched four top-20 finishes including tied for seventh at the Tate & Lyle Players Championship and Eagle Classic. Finished tied for ninth at the LPGA Final Qualifying Tournament, where she earned Priority List Category 11 for the 2012 LPGA season.

In addition to several other awards and accolades, Clanton enjoyed a successful amateur career, winning the 2010 North & South Amateur Championship. While at Auburn University she recorded two wins, including the 2009 NCAA Fall Preview. She was named the 2008 NGCA Freshman Player of the Year.

Bio– 5’10”…Started playing golf at age 10…Hobbies include any sports, coloring and watching sports…If she didn’t choose the LPGA as a way to make a living, she would be a school teacher…Qualified for the LPGA Tour on her first attempt